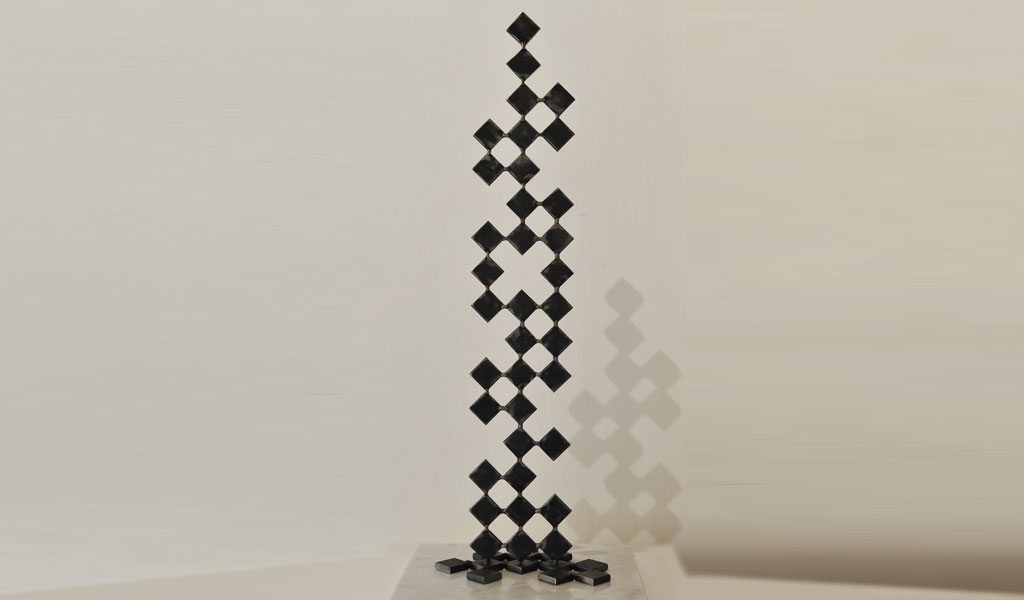 Dream Giorgio, dream if this what your heart wishes.

Frederic Gaussen states that often dreams are so deeply ingrained in our inner selves that we lose control over them. According to Freud, dreams will show us the way to our soul, whilst Jung believes that dreams are anticipations of reality. I quoted Gaussen, Freud and Young because I know Giorgio and his research in art. He is my friend but has also been an apprentice at my studio. I know him well as a man and as an artist and I know that his heart is in his dreams. I just want to remind him that courage is the key to turning dreams into reality.

I’m a sculptor myself and understand very well how hard it is to go from the dream to the representation. A sculpture is not something that can be improvised. It takes time, numerous drawings, studies and attempts before achieving the first shaping. I can’t imagine Giorgio being driven by rush nor by the latest fashion. His progression from works such as “Genesi Singola Dualità” to “Fonte di Vita” or “Incompleta, Incompiuto” marks the entrance into the art world, from the initial dream to the realization of an art work.

Looking at his work now I’m highly impressed by the way Giorgio has gone from works that needed a spatial definition given by the horizontal structure to sculptures such as “Saltatore di Emozioni”, where verticality is predominant, almost forcing the viewer to look up to the sky where Giorgio searches the shapes of his dreams. He may not have realized it but the transition from one state of the material to the next has taken place, going over and beyond the fire of the blacksmith and I am sure he will impress us again.

So, dream my friend and fellow sculptor of iron, fire, air and sounds. The sound of your freedom will always reach us.